DC for Cinefiles: Independent Movie Theaters in the Nation’s Capital 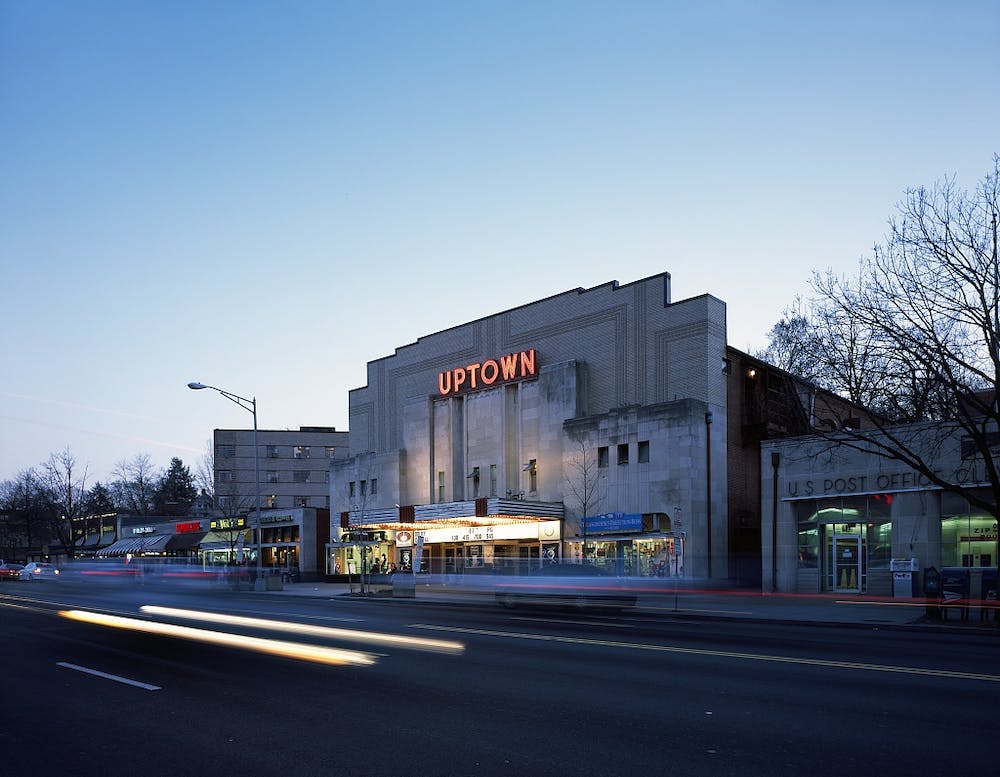 Action/adventure or avant-garde? Superheros or silent films? Teen dystopia or documentary? Whether you’re a cinephile who’s visiting the area or a local just looking to switch up your movie-going experience, Washington DC theaters have got you covered. The nation’s capital may not be known for an over-the-top experimental arts scene, but it’s here if you know where to look. For the film buffs out there, look no further than this outline for some of the best – and most historic – independent movie theaters around. 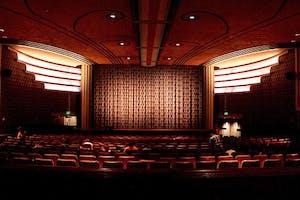 Located just north of DC in Silver Spring, Maryland, the Silver Theatre is operated by the American Film Institute and is the area’s flagship for independent, foreign, and revival cinema. Designed by renowned theater architect John Eberson in 1938, the theater was saved from demolition by a group of concerned citizens in partnership with the local government in 1984. Since then, it has undergone much renovation, including the addition of two smaller theaters, but the original monumental screening room still upholds its Art Moderne aesthetic.

The Silver Theatre’s calendar is peppered with everything you imagine for independent cinema. It covers contemporary pieces (think period dramas and extra quirky comedies); historical pics from every decade, including silent films with live musical accompaniment; and documentaries, especially during the famed AFI Docs festival. Running through these are a continuous series of foreign film festivals that range from the likes of the New African Film Festival and the Latin American Film Festival, to more specific genres such as Scandinavian Crime and Indiana Jones marathons. 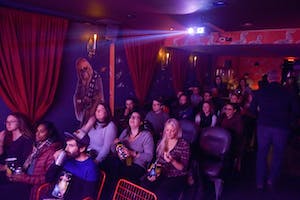 If you’re looking for something even more eclectic, intimate, and hipper than hip, you’ll want to try out Suns Cinema in Mount Pleasant, established in 2016. Almost hidden among the other storefronts in this quiet neighborhood, Suns is the perfect blend of theater and dive bar. The screening room’s forty salvaged chairs are almost as mismatched as its film selection, which owners David Cabrera and Ryan Hunter Mitchell carefully curate around monthly themes. Come for the obscure ‘80s French films or the semi-ironic showing of 10 Things I Hate About You, stay for the zebra wallpaper and the artistic camaraderie.

Established in 2014, the Angelika Pop-Up has never popped down. Its parent theater, the Angelika New York, intended the theater to be temporary, but instead, the Union Market space has become a go-to for the Northeast community’s blockbuster and independent film needs. According to the New York location’s website, the Angelika “has become the most successful and recognized arthouse in the United States.” While the Pop-Up covers some mainstream ground (Little Women and Crazy Rich Asians), the theater is more well-known as one of the only spots to see unusual films and throwbacks within DC proper. Look out for series such as Hitchcocktober, Studio Ghibli, and Wizarding World.

If you’re at all interested in independent film, then you’ve probably heard of Landmark Theatres, a national chain with locations in DC at E Street Cinema, West End, Atlantic Plumbing (Shaw neighborhood), and Bethesda Row. Similar to the Angelika Pop-Up, these theaters show films that strike that delicate balance between arthouse and mainstream, appealing to viewers looking for something introspective but not avant-garde. Plus, Landmark regularly shows productions from National Theatre Live, the Royal Opera House, and the Royal Shakespeare Company, a more affordable option for viewing stage shows in style. 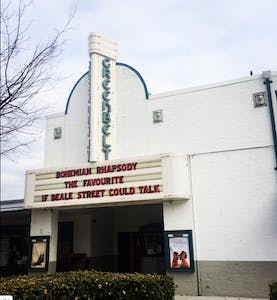 Built in 1938 in the heart of Greenbelt, Maryland, a federally planned New Deal-era community, this theater embodies the glamour that was early cinema. Its Streamlined Moderne architecture takes you right back to when the movies were brand new and full of wonder. Remodeled in 2015, the Old Greenbelt today plays contemporary independent film with a healthy mix of old movies, documentaries, and foreign films. Among their other educational events, the theater hosts the free Storytime on Screen twice a month, including a story, short children’s film, and a craft. Hollywood classics shown on the first Monday afternoon of the month are also free.

Don’t forget, some of the most unusual films around are screened at museums! Find modern and contemporary art films – that is, both films about art and films that are art – at the National Gallery of Art’s East Wing and the Hirshhorn Museum. Don’t miss the films at the National Museum of Asian Art, which is known for its annual Iranian Film Festival, among other screenings. Plus, find periodic showings at the Phillips Collection, the National Archives, and the Library of Congress. Keep an eye on their event calendars to find out what’s playing when! 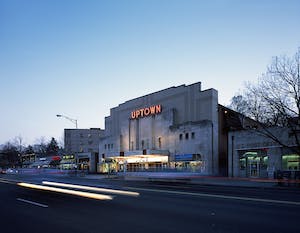 Uptown Theatre/Photo by Carol M. Highsmith via Library of Congress

We suggest that film buffs visiting DC use the movies as a guide for exploring DC, both on and off the National Mall. Locals, why not give that a try, too? Find new neighborhoods in a monthly (or weekly! or daily!) cinema outing. Make an evening of it by sampling the food, beer, or wine options that all of these theaters offer. Or just stick to popcorn–sometimes keeping it classic hits the spot!