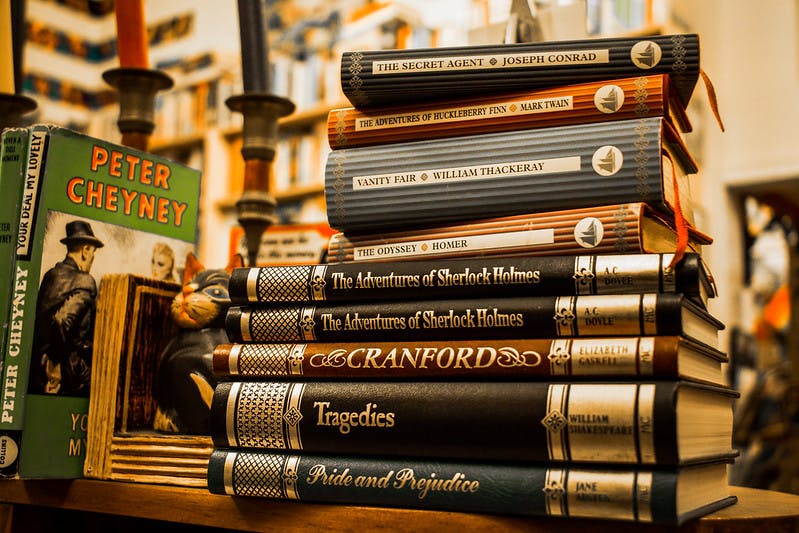 If you’re one of those people (like me) who always find themselves in a bookshop while traveling, regardless of the fact that you cannot possibly fit yet another tome in your suitcase, never fear, your guide to literary DC is here! Outlined below is a road map to the District’s best bookshops, libraries, venues, and hallowed grounds that will have you reading your way through the nation’s capital, not to mention criss crossing you through dozens of neighborhoods throughout the city. 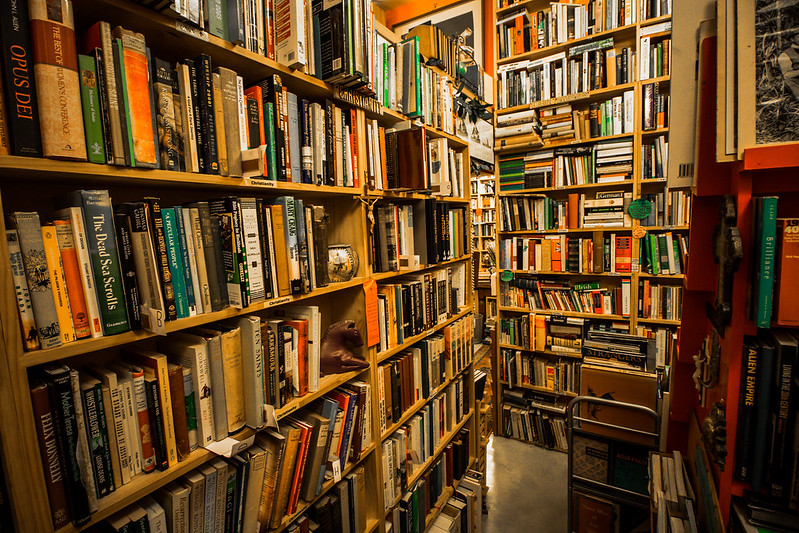 For those who crave the dusty stacks and the “never know what you’re going to find” atmosphere, look no further than Capitol Hill Books (Eastern Market), Second Story Books (Dupont Circle), or Lost City Books (Adams Morgan), some of the best used bookstores in the District. All three are quite literally spilling over with stacks of used and rare books of all shapes and sizes. Prices range from a few bucks to a pretty penny for some of the first editions, but these shops are always fun to browse through, whether you’re looking to purchase or just flip through their pages at random.

Offering sleeker vibes are Kramerbooks & Afterwords Cafe (Dupont Circle), Solid State Books (H Street), Politics and Prose (Van Ness, NoMa & the Wharf), and East City Bookshop (Eastern Market). Here you’ll find the classics, the latest releases, and everything in between. Sankofa Video, Books, and Cafe (Pleasant Plains), founded by filmmakers, offers new selections with a specific focus on African and African American history, culture, and literature. We recommend these shops if you’re looking for children’s books or just something that hasn’t been annotated in the margins. Plus, don’t miss their excellent dining, coffee, and drinks options. There’s nothing like cozying up with a new book and something sweet or sharing a meal with a fellow literary enthusiast!

Don’t forget, Urban Adventures passes through some of these neighborhoods! Cap off one of the following excursions with a souvenir book: American Politics & Debate on Capitol Hill | DC Food & History Tour on H Street.

If your first thought is, “Why would I go to the library when I’m on vacation?”, let me explain. DCoffers a healthy selection of amazing libraries that are well worth checking out, even if you’re not borrowing anything.

The Library of Congress, for one, is a don’t-miss. Located just behind the Capitol, the LoC offers incredible architecture and artwork, exhibitions, tours, and, of course, books. The LoC was founded in 1800, making it the nation’s oldest cultural institution. The original collection was housed in the original Capitol building, which the British burned to a crisp during the War of 1812. To rebuild, Congress purchased Thomas Jefferson’s personal library of 6,487 books, many of which are on display today. The current building was constructed in the 1890s. Today, the LoC is the largest library in the world, containing approximately 168 million items (books, maps, music pieces, comics, photographs, etc.), about half of which are written in 469 languages other than English. On your visit, wander through exhibition halls, view the Main Reading Room, and check out a Gutenberg Bible (!). Bonus: Urban Adventures’ private New York Times Journeys tour will even hook you up with a LoC library card during your visit!

For all the Elizabethans out there, be sure to make a pilgrimage to the Folger Shakespeare Library, established in 1932 and just around the corner from the Library of Congress. Not only is the Folger home to the world’s largest collection of the Bard’s writings, but it also houses a theater, exhibition space, and major collections of other rare Renaissance manuscripts, books, and works of art.

Across town, find DC’s very own Hogwarts at Georgetown University’s Riggs Library. The books may not shelve themselves, but Riggs, located in the neo-gothic architecture of Healy Hall, offers its own magic. Gaze up (or down!) at the shelves of books from one of the many balconies or find a cozy corner for reading.

Journey north to the Kreeger Museum in Foxhall for a modern art oasis and a neat little art library. The museum, former residence of David and Carmen Kreeger, sits on five acres of sculpture-filled grounds. The building itself was designed by renowned architect Philip Johnson and now contains 19th and 20th century artworks by the likes of Monet, Picasso, Renoir, Cezanne, Chagall, Miro, and Stella, as well as outstanding examples of traditional African and Asian Art. Just off the main hall, rest your feet and browse through large format monographs, artist biographies, and other art history books in the Kreeger’s light-filled library.

Reading a book is one thing…hearing an author speak is quite another. Cap off a day of touristing at a local literary shindig. Our first recommendation is, of course, checking out what’s going on at one of the many bookstores and libraries outlined above. From author Q and A’s to dramatic readings to book signings, these shops have something going on almost every day of the week, and there’s usually wine and cheese!

Otherwise, one of the top venues for author events is Hill Center at the Old Naval Hospital in Eastern Market. Within their bustling calendar of concerts, lectures, art workshops, cooking classes, and children’s programs, are some of the best and most intimate literary presentations in town. Join a small crowd for readings and conversations with some of the nation’s best poets; get up close and personal with politicians and pundits and have them sign their books for you; and mingle with local historians, journalists, and cultural commentators. 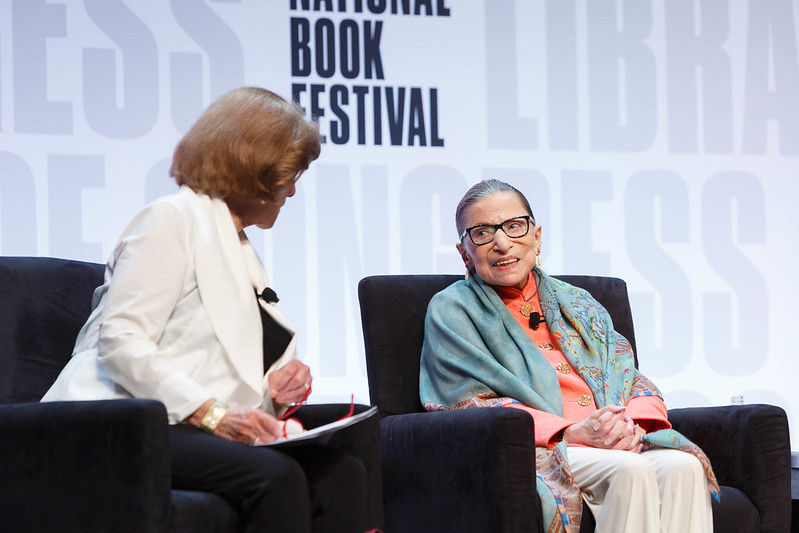 If you’re visiting the District in August, don’t miss the Library of Congress’ annual National Book Festival. Now in its 20th year, this popular event includes talks with notable authors and illustrators, panel discussions, and childrens’ events. Plus, it’s free!

Lastly, we would be remiss not to mention the National Archives, located just off the National Mall. Their calendar is full of author events, discussions, and film screenings. Come for a book signing, stay for the fantastic exhibitions on “approximately 10 billion pages of textual records; 12 million maps, charts, and architectural and engineering drawings; 25 million still photographs and graphics; 24 million aerial photographs; 300,000 reels of motion picture film; 400,000 video and sound recordings; and 133 terabytes of electronic data,” according to the NARA website!

Those looking for a little literary history will surely find it at more than a few sites in DC. Start with Leon Reed’s portrait of the poet Walt Whitman at the Smithsonian’s National Portrait Gallery in Chinatown. This building, which also houses the Smithsonian American Art Museum, was once a Civil War hospital. Whitman’s brother recovered from injuries here, and Whitman visited many times. In fact, he so enjoyed spending time with the soldiers that he returned often, reading to the wounded, writing letters for them, and making conversation. Learn more about this building’s remarkable history during Urban Adventures’ private Smithsonian Exclusive: American Art and Portrait Gallery tour. 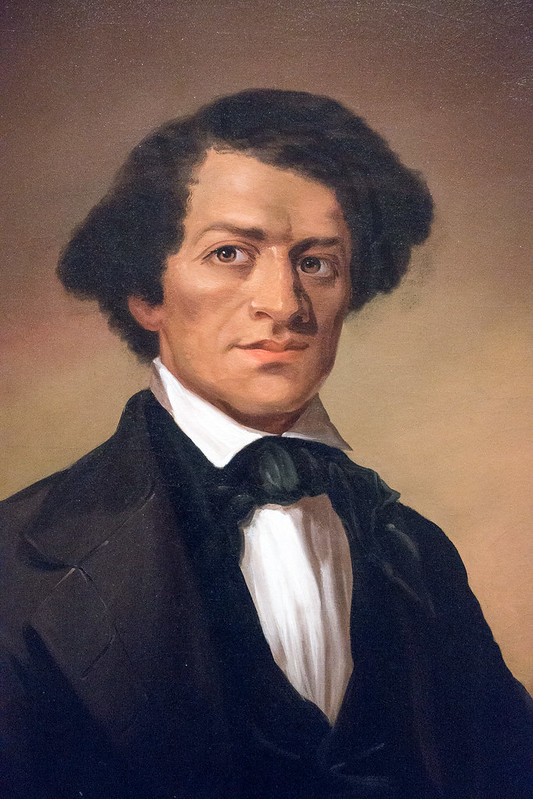 Over in Historic Anacostia, pay homage to another 19th century writer, none other than the abolitionist Frederick Douglass. Douglass, whose most notable work is Narrative Life of Frederick Douglass, an American Slave, moved into Cedar Hill, east of the Anacostia River, in 1878. Today, you can take a guided tour of the house with the National Park Service and learn more about the life and writings of one of America’s heroes.

If you’re an outdoorsy bookworm, jump the Metro’s Red Line and ride a few stops out to Silver Spring, MD to walk in the footsteps of Rachel Carson, whose book, Silent Spring, kick started the environmental movement in 1962. Carson spent much time walking in the woods of the Brookville neighborhood, home to the Northwest Branch Trail, now a part of the Rachel Carson Conservation Park Trails. Hike among the trees in her footsteps and swing by her home (not open to the public), which is a National Historic Landmark.

If you’re a Great Gatsby lover and feeling really ambitious, venture out to Rockville, MD to visit the graves of F. Scott and Zelda Fitzgerald. The Jazz Age titans are buried in an unassuming cemetery family plot. Don’t forget to bring an offering to the couple!

Whether you’re looking for a rare edition of your favorite book, love rubbing shoulders with the literary elite, or enjoy soaking up some history, DC has got you covered! For a change of pace on your next trip, let books guide you through the city. Happy reading!

From Italian to Middle Eastern, American to all things artisan, this food tour reveals where to find the very best bites in DC.

Since the founding of the city beer has been an integral part of Washington, DC. Join one of our local guides to learn the part beer has played.