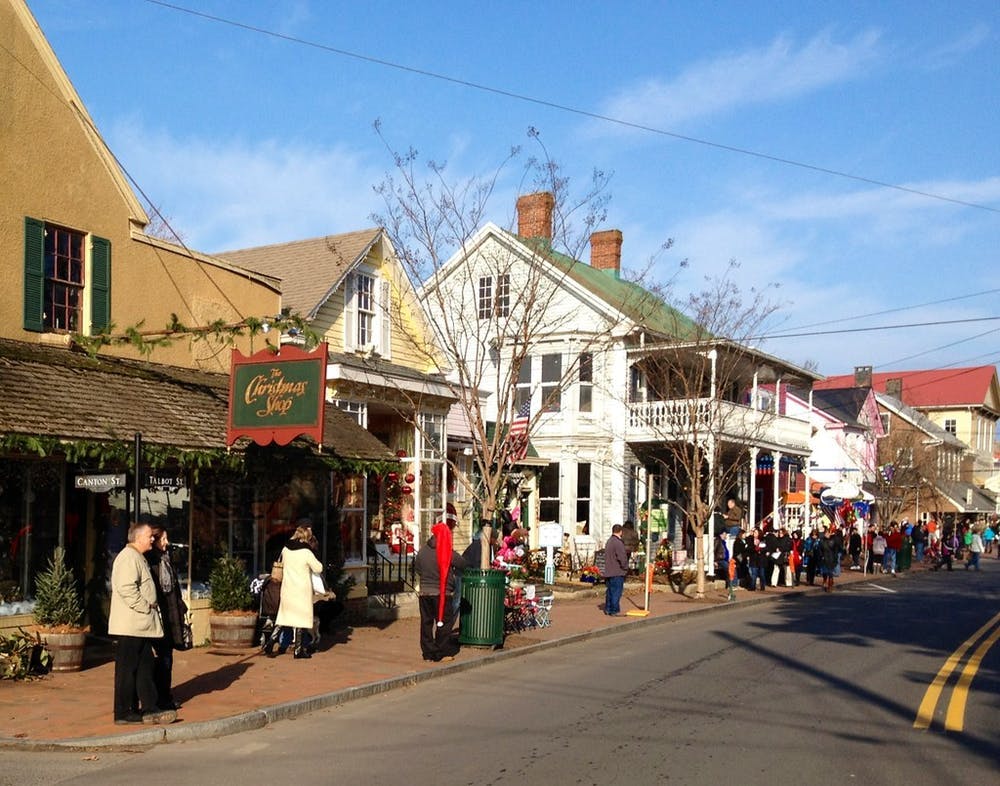 Locals know that Washington DC is pretty much perfectly placed geographically. Within a three hour drive – and oftentimes much less – you can reach the Atlantic ocean, the Appalachian mountains, beautiful Chesapeake Bay inlets, vast swaths of forest, rolling farmland, and plenty of other urban areas like Richmond, Baltimore, and Philadelphia. Weekends (or weekdays!) are for day trips and with such varied topography in the mid-Atlantic, there’s something for everyone. 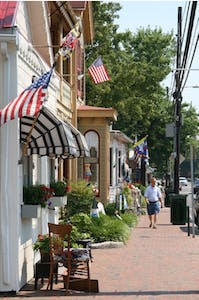 One truly charming option is a drive out to St. Michaels, a historic town on the shores of the Chesapeake Bay. Founded in 1677, St. Michaels is one of the oldest communities in Maryland, originally organized as an Episcopal parish. In its early years, the town primarily served as a trading post for tobacco farmers and trappers. It was formally incorporated in 1804, around which time the primary industry was shipbuilding.

Historically, St. Michaels is best known as the “town that fooled the British.” During the War of 1812, British ships patrolled the Bay’s coastal waters, targeting lucrative towns. In 1813, St. Michael’s was home to a protective militia battery, inspiring the British to attack. The St. Michaels citizens, however, were forewarned of the bombardment, and devised a ruse: they dimmed the town’s lights and hung lanterns from trees outside of town. This blackout meant that the British overshot the town, sparing all but one building from damage.

After the War of 1812, industry in St. Michaels, and indeed all along the eastern seaboard, turned to oystering. Most people in the area were somehow involved with oysters, whether as fishermen, factory workers, or consumers. After the Civil War, the nation reached a golden age of oystering with over 20 million bushels being harvested and canned in boomtowns close to St. Michaels, such as Baltimore, Oxford, Cambridge, and Crisfield. Residents would have also witnessed the fierce competition and Oyster Wars gunfights that often broke out between rival watermen on their boats. 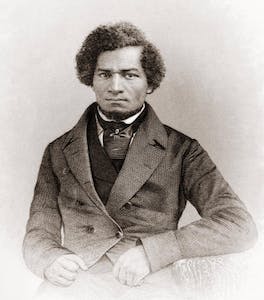 One of St. Michaels’ most famous residents was Frederick Douglass. Douglass was born enslaved in nearby Tuckahoe and spent much of his early life on the Eastern Shore. In 1833, shortly after he became interested in the abolition movement, he was sent to St. Michaels to work for Thomas Auld. During this period he also worked at the nearby plantation of Wye House and several other sites. While you’re in the area, consider digging into more of the abolitionist history of Frederick Douglass and Harriet Tubman, who also lived on the Eastern Shore. Back in Washington DC, be sure to check out the Frederick Douglass House!

So, what should you do while visiting St. Michaels? Read on for Urban Adventures’ best recommendations!

For a traditional brunch option, check out The Galley, serving up house made waffles, English muffin egg sandwiches, crab benedict, and everything in between. If you’re in the mood for lunch options, they have plenty of sandwiches, salads, and seafood dishes. We suggest sitting out on the spacious patio for a great view of the quaint main street in the heart of town. Up the road a block or two you’ll find Crepes by the Bay, one of the town’s hidden gems offering sweet or savory crepes for a perfect light meal. Naturally, there’s multiple crab options on their menu! 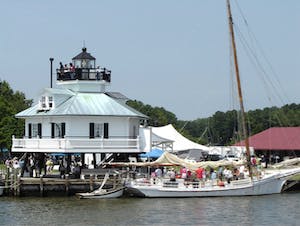 The flagship (no pun intended!) of St. Michaels is the Chesapeake Bay Maritime Museum, located just a couple of blocks from the center of town. The museum is a collection of 35 buildings, 10 of which house exhibitions, across an 18-acre campus. You can explore the entire history of the Bay, including Native American traditions, ecology, industry, watercraft, and more. Collections include 85 boats, including several on display at the docks, the Hooper Straight Lighthouse, saved from demolition in 1966, a research library of over 10,000 books, and countless maritime objects. CBMM is the only museum of its kind on the Bay!

If you’re feeling a little adventurous or are craving the open water, St. Michaels and the surrounding area offer several ways to charter boats or rent bikes and kayaks. Explore tidewater inlets, spot native wildlife, and get a little exercise! 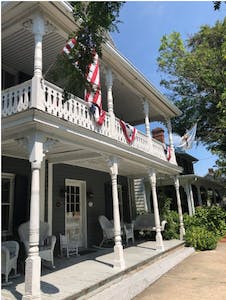 In the afternoon, take some time to stroll up and down Talbot Street. Shops offer great home goods, furniture, art, antiques, and specialty foods. St. Michaels is the perfect place to find a gift or pick up something special for yourself. We recommend popping into stores like Woodcraft Artisans for unique maps and furniture, Take Me Home for homey knick-knacks, and Pemberton Pharmacy for quirky items and day-to-day sundries. Satisfy your sweet tooth at Justine’s Ice Cream Parlor or Gluten-Free Bakery Girl! Be sure to turn onto the side streets to stroll among beautiful, brightly painted cottages.

Dinner options in St. Michaels are plentiful, but there are a few standouts you can check out. Ava’s Pizzeria & Wine Bar is one of the top rated restaurants in the area – find brick oven pizzas and Italian specialties on their menu. Across the street is Awful Arthur’s Seafood Company, which offers lots of outdoor dining and delicious fish and shellfish specials. Just a block away is Foxy’s Harbor Grille, one of the only waterside dining options in town and a great spot for families.

Those looking for a nightcap or a few bottles to take a home and save for later will love Eastern Shore Brewing, a cozy space that offers great local beer and a fun atmosphere. Wine enthusiasts should check out St. Michaels Winery for tastings and a range of styles. Both are located right on Talbot Street.