“The Berkeley of the East”: A Day in Takoma Park, MD 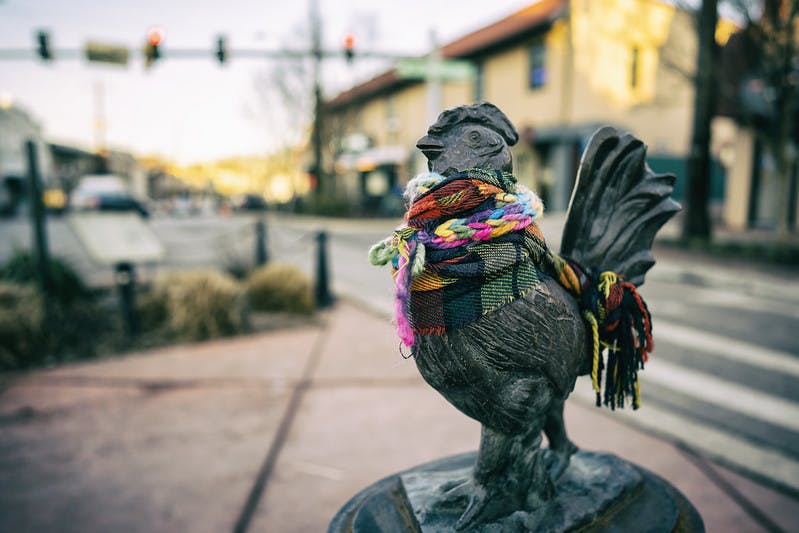 If you’re an out-of-towner, there are a few iconic spots that come to mind when you think of Washington DC: the Smithsonian, the monuments around the National Mall, and the manifold offices of the federal government. We recommend you check them all out during your stay in the nation’s capital, but if you’ve got an extra day or just want to experience a spot a little off the beaten track, we recommend taking a quick jaunt up the Metro’s Red Line (only five stops from Union Station!) to a small city called Takoma Park. 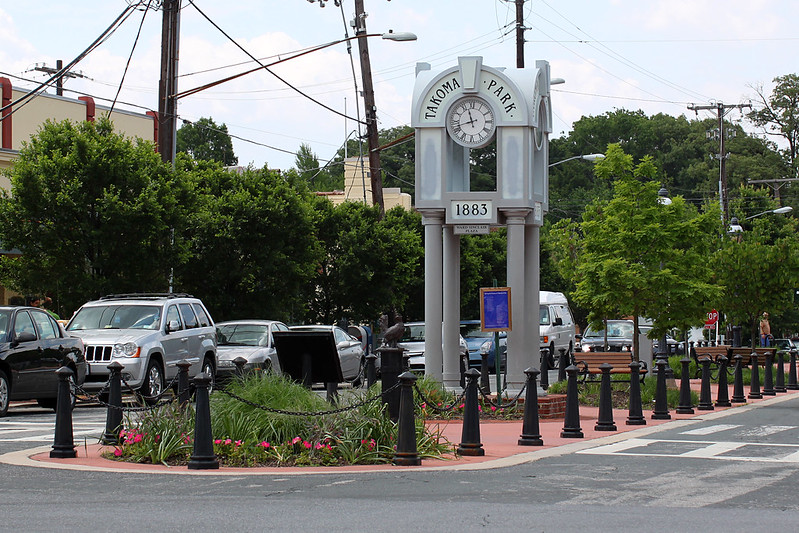 Founded in 1883 as a high-ground respite from malaria-infested Washington, locals today know Takoma Park, Maryland, as the area’s home sweet home for the go-green, New Age community. In the 1960s, for example, future mayor Sam Abbott led a campaign to halt the construction of a federal highway through the city’s historic neighborhoods and replace it with one of the Metro’s earliest stations.

Takoma’s political and social activist roots run deep. Here are a few other signs you’re in what some call “The People’s Republic of Takoma Park” or “The Berkeley of the East”: 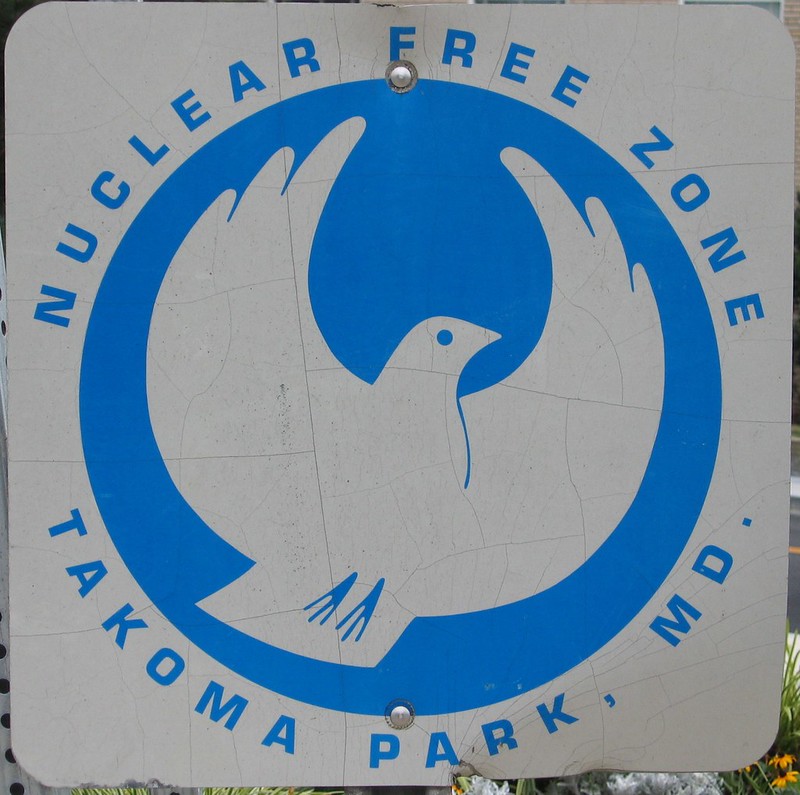 Read on for a few suggestions on how to spend a day in hippie heaven!

WHERE TO EAT AND DRINK 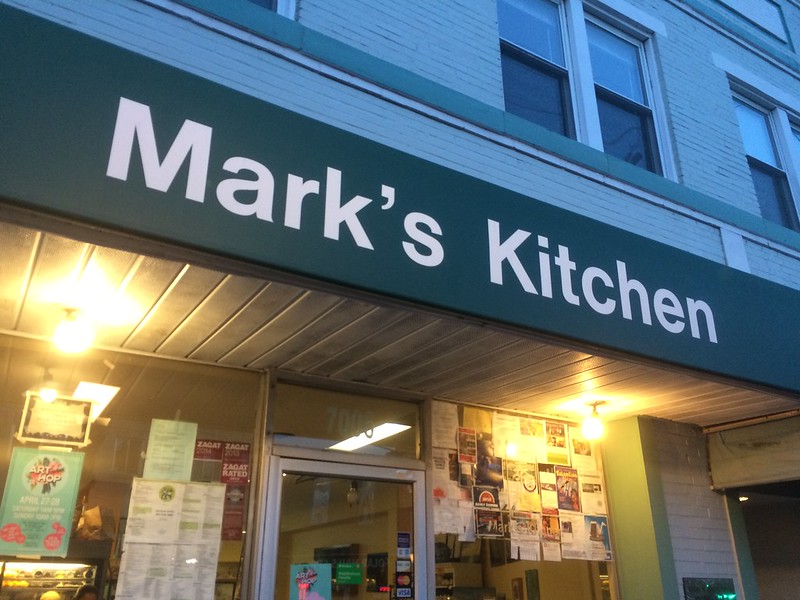 If you ask a local the first restaurant that comes to mind when they think Takoma Park, there’s a pretty good chance it’s going to be Mark’s Kitchen. Mark Choe has been serving up Asian and American specialties for almost thirty years, making this spot one of the oldest continually operating restaurants in town. More than just a place to grab dinner, Mark’s serves as a community gathering space in the heart of Old Town Takoma Park. Neighbors expect to run into one another at Mark’s and its unpretentious atmosphere welcomes impromptu gatherings and casual family nights out.

From bibimbap to burgers, soba noodles to spaghetti, Mark’s extensive menu has a home cooked feel with plenty of options for vegetarians and vegans. Order up diner classics like a turkey club or branch out a little with a roasted beet & chestnut omelet or a bowl of japchae (Korean cellophane sweet potato noodles). Top it off with a Mark’s milkshake, which this writer can definitively say is the best she’s ever had.

Although it’s an Old Town newcomer, Takoma Beverage Company has quickly become one of the city’s go-to spots morning, noon, and night. Founded in 2016 by cousins Seth Cook and Chris Brown, TBC started small with premium single source coffees and teas and an array of delicious pastries. Within a year they had expanded to include the kind of menu that calls for some tough choices. We recommend the Spring Toast featuring mashed English pea, smoked honey ricotta, radish, pea shoots, and a locally grown poached egg. You also can’t go wrong with Kafta Kabobs of ground beef and lamb, cinnamon and Aleppo pepper roasted eggplant puree, and mint yogurt. Come back in the evening for TBC’s full bar and late night scene.

If you’re looking to class it up, look no further than Republic. Open for brunch, lunch, dinner, and late night, Republic offers an artisanal selection of new American cuisine in a spunky setting (check out the zebra-print barstools!). Most of their ingredients are locally sourced, including a few that they purchase right out their front door from the Takoma Farmer’s Market.

Start your meal with Confit Kabocha Squash Toast with crispy mushrooms and a brown butter sherry vinaigrette. Enjoy an entrée of locally grown Purple Mountain Rice Risotto with sweet potato puree, toasted pecans, shaved Brussel sprouts, mascarpone, and celery root. Round it out with a Mexican Chocolate Crème Brûlée or a sweet slice of Carrot-Parsnip Cake. For more casual fare, stop by during the week for happy hour, featuring small bar bites and fresh local oysters and mussels. 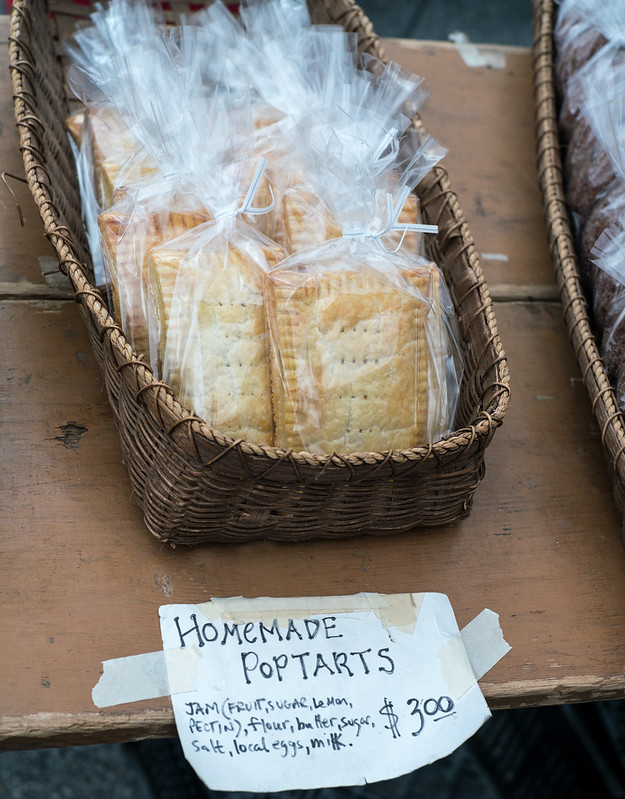 Nothing says Takoma Park more than Sunday mornings at the farmers market. Founded back in 1983 with just a few vendors, the market has grown into a DC area staple in the local food and clean eating movements. This year it won the Washington City Paper’s Best Farmers Market award for its huge variety of local produce, cheese, eggs, baked goods, pickles and more. Browse the stalls for picnic items and peruse the people—this is where the true old time Takoma hippies come out. The market is open year round on Sundays, 10 am-2 pm.

Featuring classic Italian fare and a breezy, cozy vibe, Roscoe’s is perfect for brunch or dinner. Start with their Insalata Italian Bean Salad with tomatoes and hard-boiled eggs and a red wine vinaigrette, share the Capricciosa pizza with mozzarella, artichokes, mushrooms, olives, and Italian ham, and round it out next door at Dolci Gelati Cafe for some naturally and locally made gelato or sorbet. Fun Fact: Roscoe’s was named after Takoma Park’s friendly neighborhood rooster! According to Takoma Park’s official website, Roscoe “wandered the streets of Takoma in the 1990’s. Roscoe was a free spirit that defied the authorities and found sanctuary with business owners and residents alike.” Cin Cin to that!

Nothing captures the Takoma Park aesthetic better than this writer’s favorite boutique, Amano, located in a historic bungalow in the heart of Old Town. It’s your one stop shop for flowy skirts, floral blouses, and your favorite cute but practical footwear. Dress up an outfit or find the perfect gift in their jewelry selection, and cozy up for the cold weather with their winter ware. Don’t miss the sale items on the front porch—there are some real steals out there! 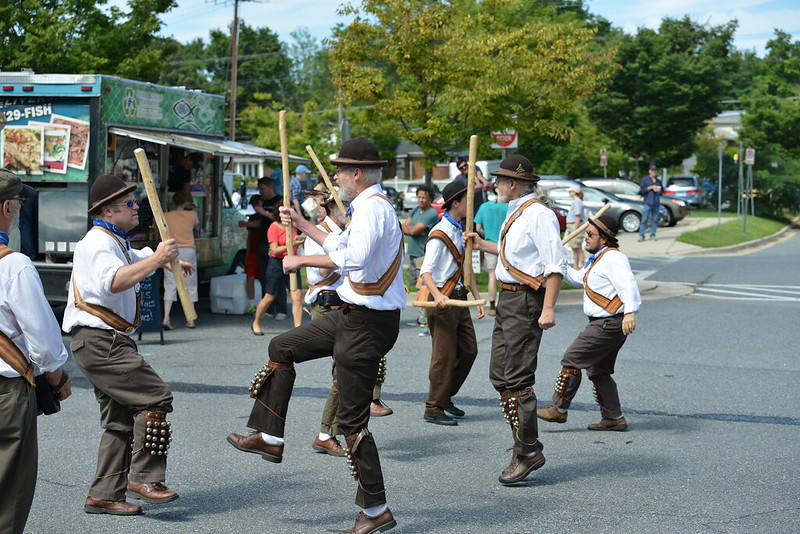 Established in 1972 in West Virginia’s artistic hub of Berkeley Springs, House of Musical Traditions has been a Washington area musician favorite since it moved to Takoma Park in 1983. HMT focuses on folk music and culture from around the world, selling instruments from guitars and fiddles to medicine wind bamboo flutes, concertinas, and Tibetan singing bowls. Browse their selection of sheet music or sign up for a class or workshop. Catch a live folk music concert in the area through HMT’s non-profit partner, the Institute of Musical Traditions.

Get in touch with your crafty side at ArtSpring, the perfect spot to find jewelry, ceramics, textiles, and accessories. The store’s featured artists are constantly rotating, so you’ll always find something new. ArtSpring started as a home art show and sale between five neighbors and grew into a full-blown shop. A portion of sales supports Pyramid Atlantic, an awesome non-profit printmaking studio right up the road in Hyattsville.

Looking for some Star Wars cookie cutters? How about a portable bento box or a floral pillow set? A sloth Christmas ornament? Don’t worry, Tabletop’s got you covered. Tabletop is one of those amazing this-and-that stores that make you want to buy everything and redecorate your house. While the bulk of their products will fit right into your kitchen, there’s such a variety that each new display feels like a little surprise. Tabletop is definitely the place to (affordably!) treat yourself.

Rhizome might look like an ordinary Takoma house, but closer investigation will show you a DIY space that’s bursting with creativity and empowerment in all forms. According to their website, Rhizome is “exploring new approaches to grassroots community education which seek to blur the lines between amateur and professional, teacher and student, and which free learning from rigid models of instruction and explication.”

Check their calendar to find performances from DC’s rich local music scene, performance art, and site-specific art installations, often all at the same time. Rhizome also offers a huge range of other programming, classes, and kids camps, including film screenings, cooking courses, visual art lessons, literature workshops, left-leaning social justice fundraisers, and artists residencies. We would ask where else you could find a fermentation class or a Bulgarian music series, but in Takoma Park, you might actually have a few options! 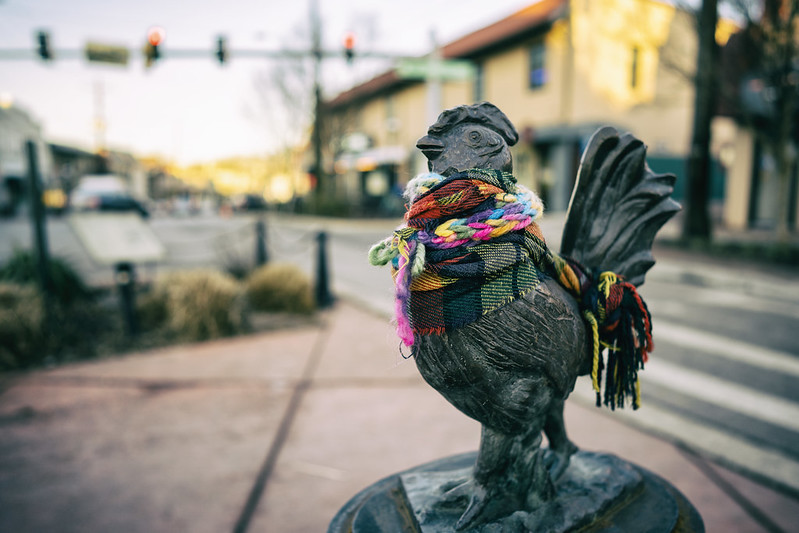 Since 1979, DC Arts Studios has provided affordable space for visual artists of all kinds, from painters to screen printers to paper makers. Check their calendar for open studio hours, during which visitors can go behind the scenes to wander the space, chat with working artists, and view works in progress. Plus, visit Willow Street Gallery during their open hours on Sundays from 11 am-3 pm.

One of several of Takoma Park’s DIY arts venues, the Electric Maid operates as a flexible third space and community living room. It’s a cozy spot whose name pays homage to a long time neighborhood coffee shop, Electrick Maid. On most nights of the week, drop in to see an open-mic, a punk band, a folk sing-a-long, or a pop-up art gallery.

If all this isn’t enough to fill your day, be sure to check out the official Takoma Park calendar for concerts, craft markets, street fairs, and more. To find more off-the-National Mall adventures in DC, contact Urban Adventures about our neighborhood walking tours. Our local guides know all the best spots in and around the city and can even customize tours to your interests! Peace and love to all and see you at the farmers market!